Who doesn’t love a twice-baked potato at your local steakhouse?! Here is a simple recipe to “do it yourself” at home. I’ve lightened things up by using turkey bacon and half of the fat. 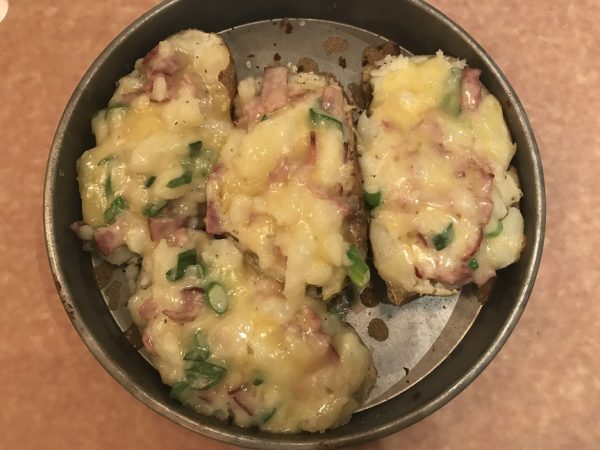 Cooked sweet potatoes are especially beneficial for your doggy. They're full of antioxidants to help ward of cancer and the effects of aging. They also contain vitamins A, C and B6. Plus they're a great source of fiber to help with your pup's loose stools.

Grapeseed oil is a great substitute for high heat cooking and grilling. It has a much higher smoking point than olive oil and is flavorless. You can also substitute in canola oil, avocado oil or coconut oil depending on what flavor you're craving.

Struggling with maintaining a healthy lifestyle? Want a friend to accompany you on your wellness journey? Wish it could be less work and more fun? It can! And that it doesn’t have to be so hard! Sign up to be a part of the Rockstar Doggy Momma community where you will have the support and encouragement you need to succeed, feel less alone, and follow a simple, efficient plan that keeps you on track. And the best part? You get to do it with your best friend: your beloved dog! What could be more fun than that?